Our mission is to empower youth to become climate leaders working together for an equitable, sustainable, and resilient future.

FIND PROGRAMS AND EVENTS
VOLUNTEER WITH US
SUBSCRIBE TO OUR NEWSLETTER

The Eco-Club Coalition (ECC) welcomes high school environmental and social justice clubs from across the country. The ECC is designed to help you establish a new eco-club or take your existing club to the next level. We provide you with resources and mentorship.

Meetings will start in the beginning of November. Fill out the ‘join us’ form below to receive the meeting’s Zoom link.

Looking for your own resources for developing an Eco Club?  Check out our online DIY Eco Club Handbook. 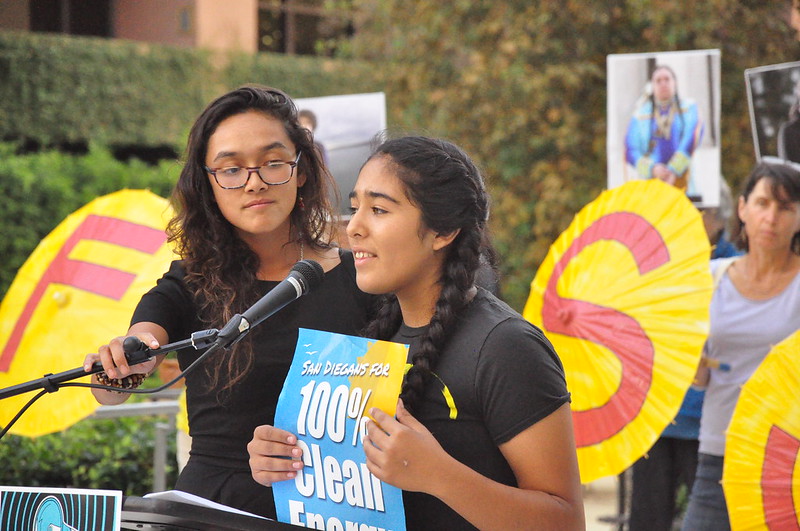 Party for the Planet

SanDiego350 enthusiastically invites you to join us for our tea party in celebration of our amazing participants like you!  The party will include vegan food, party games, awards, and unstructured social fun! (Optional: Dress up in Alice in Wonderland characters.)

Please RSVP to save the date on your calendar, we will be sending more information in November.

On October 9th, 2022, SanDiego350’s Youth4Climate hosted its fifth youth climate summit. We inspired and energized over 55 youth and adult supporters into action for climate! We could not have done it without …

Our incredible partners: And our generous supporters:
LEARN MORE! 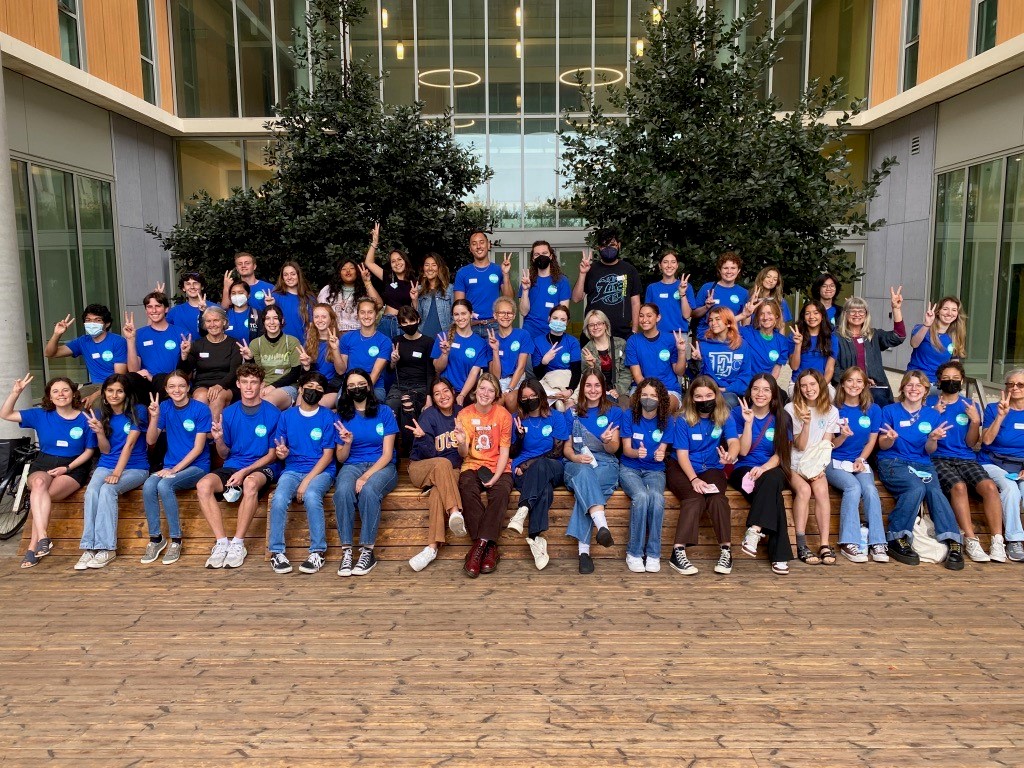 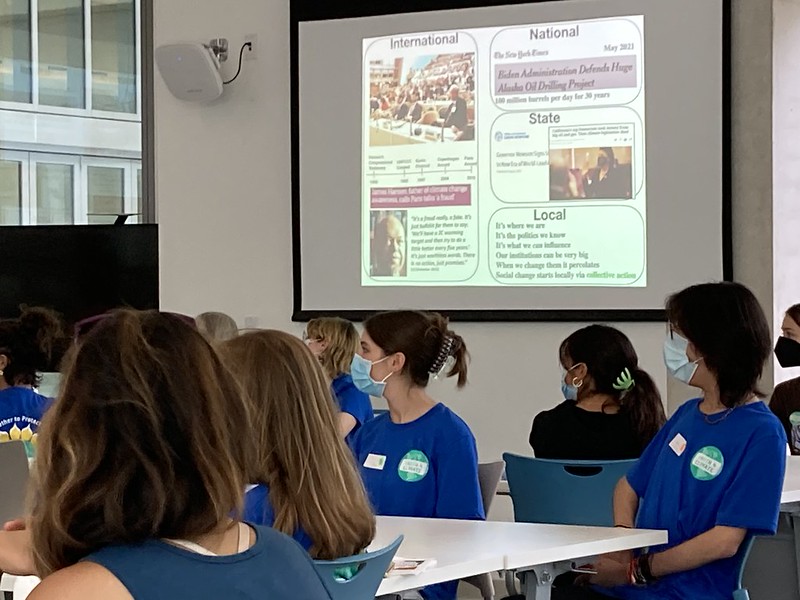 In honor of Fridays For Future’s Global Day of Climate Action, on September 23rd youth and allies rallied across San Diego declaring “we do not want to inherit a damaged world!” On this symbolic day of global solidarity, activists worldwide rallied in their respective cities to express the urgency of addressing our current climate crisis by having international school walkouts, protests, and strikes. To learn more about the September 23rd Global Day of Climate Action click here.

Youth4Climate350 organized San Diego’s Youth Climate Strikes this year, and we had had so much success! Here are just a few milestones:

— Over 3,000 people from 20 schools throughout San Diego participated in this year’s Climate Strikes! To learn more about the participating schools click here.

— For folks who could not participate in a school strike, there were two rallies held in Downtown, Chula Vista and Downtown, San Diego.

Read and watch about the Youth Climate Strikes on the news:

— We collected over 600 signatures to demand that President Biden Declare a Climate Emergency in order to unlock executive powers that will help end the fossil fuel era. Please sign the petition if you have not already. 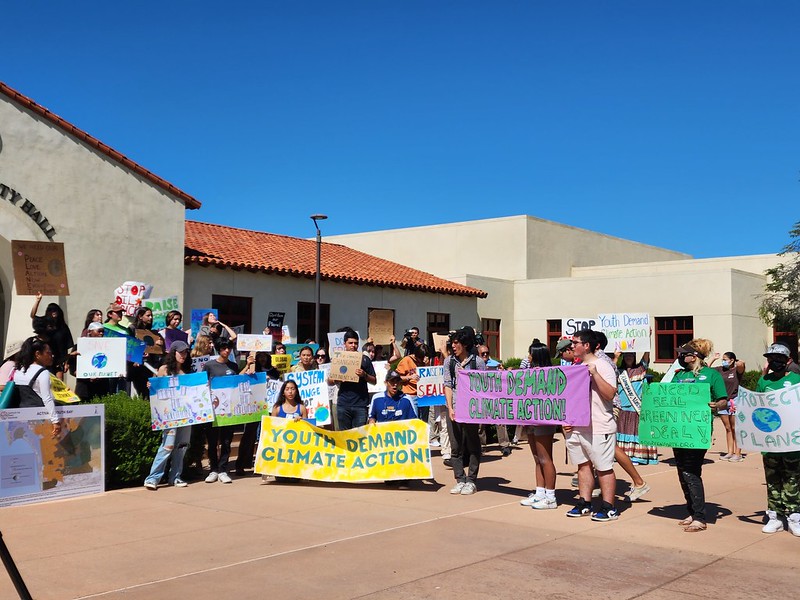 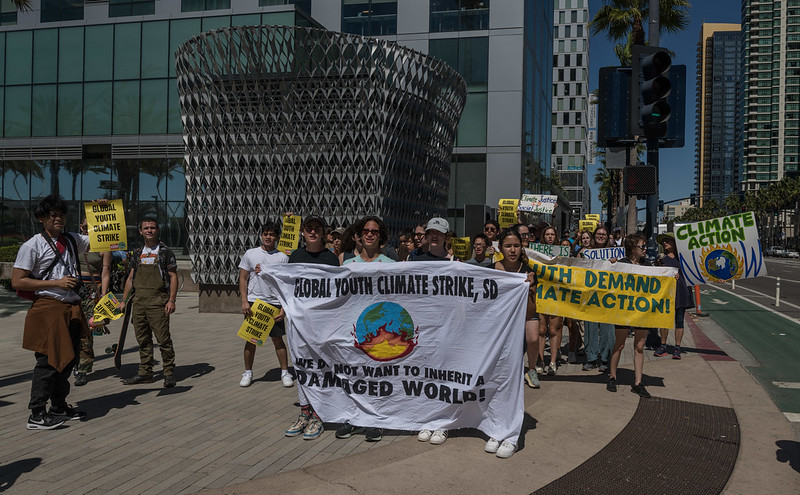 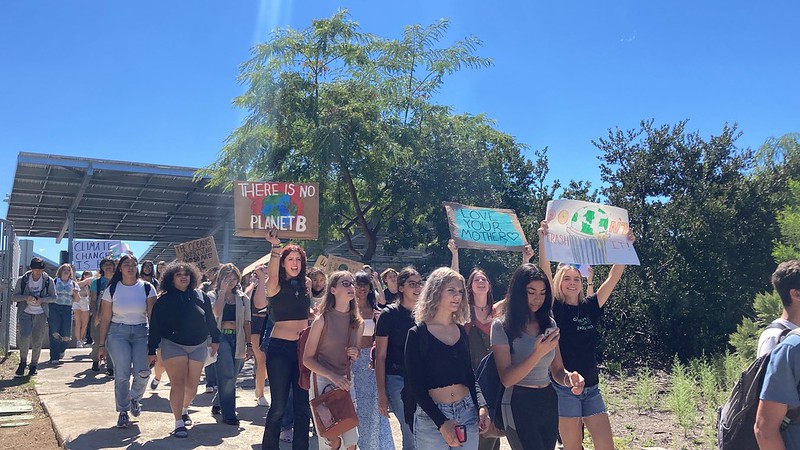 On June 11 Youth4Climate held its 4th annual Summit. Throughout the day, attendees participated in workshops that taught them about how to make public comments, do artivism, empower our friends to take action, and create effective messaging through social media. Youth also heard from inspiring speakers, who talked about the climate crisis and resilience, which you can watch on our instagram @youth4climate.350 .

Towards the end of the summit, participants got the chance to learn more about the different teams and campaigns at Youth4Climate and our current projects. Youth wrapped up the day building their climate resilience! On behalf of Youth4Climate, we want to thank all of those who attended and those who helped plan this incredible event, we couldn’t have done it without you! 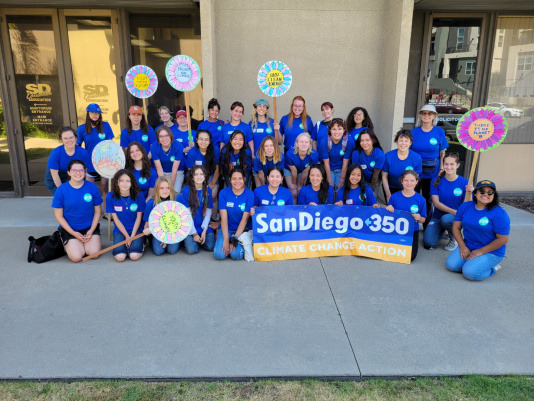 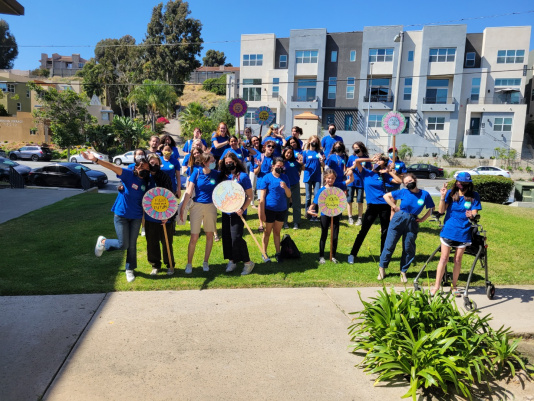 This past week, the San Diego City Council Environment Committee voted unanimously to support the Youth v. Oil resolution. The vote followed our delivery of over 1,200 petition signatures to Councilmembers and an interview on KPBS’ Midday Edition.

The petition asks the City of San Diego to sign a resolution calling upon Governor Newsom to:
• Stop issuing new oil drilling permits and begin phasing out existing oil wells.
• Create 2,500 ft safety zones between oil extraction sites and our homes, schools, and workplaces.
• Develop and launch a concrete plan to end oil drilling in California.

Here’s what Councilmember Marni von Wilpert, Vice Chair of the Environment Committee, said about our efforts:

“It gives me so much hope to see the next generation fighting for our future, fighting to end our dependence on fossil fuels, and fighting to bring the very real dangers of climate change to the forefront.”

Our resolution was just passed 8-0 by the San Diego City Council, and they will publicly join the growing call for Governor Newsom to phase out oil drilling in California! 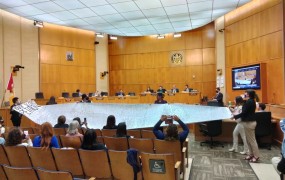 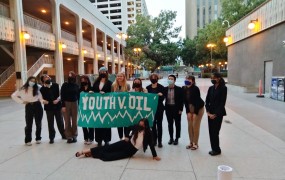 The San Diego Climate Reality YEA (Youth Environmental Action) Pod hosted a “#People Not Profit” Climate Strike on March 25 in front of the San Diego County Administration Building.  Members of Y4C participated.  This event was part of a Global Climate Strike organized by Fridays for Future.  The participants made the following DEMANDS to the state of California:

ROLL Out 3,200 foot Health & Safety setbacks between Neighborhoods and New and Existing Oil and Gas Wells

Check out more pictures of the event: https://drive.google.com/drive/folders/1He9rGjc4KAJmcR1eZw7K9V49NtqAZHLz 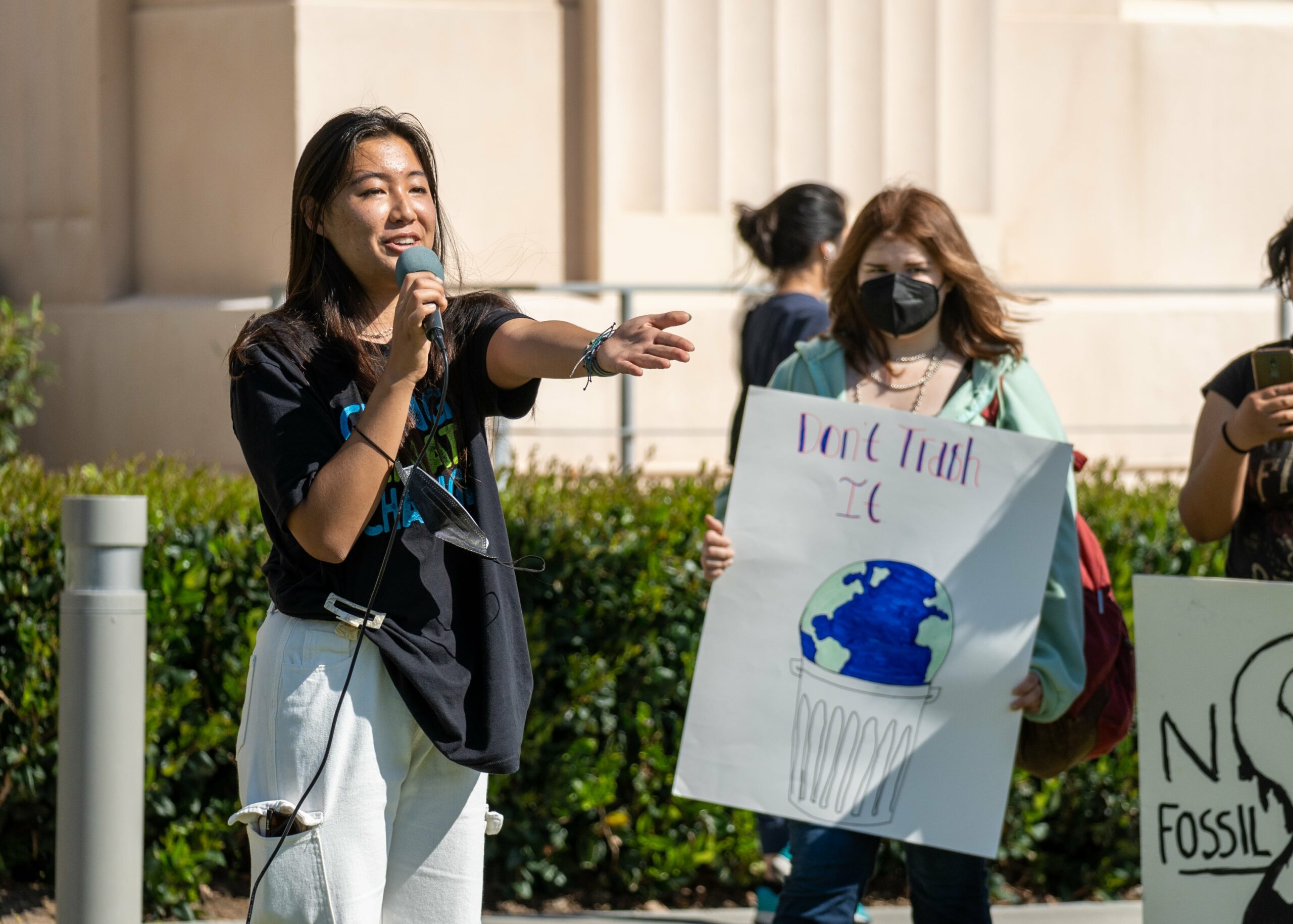 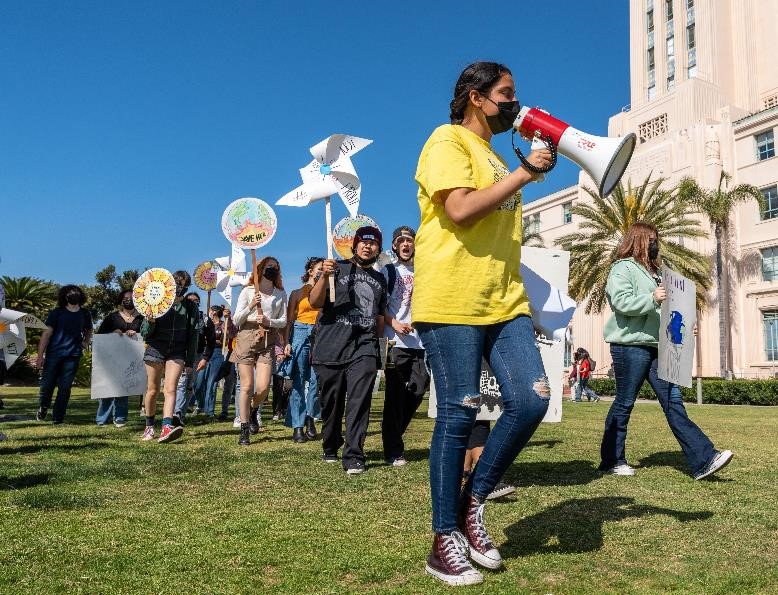 "It took me a long time to realize how effective one-on-one meetings are for increasing engagement and membership. Now I meet with people one-on-one and listen to their interests or answer their questions. This has allowed me to ask them to step into leadership roles based on their own interests."
Megan PhelpsMEA High School, San Diego 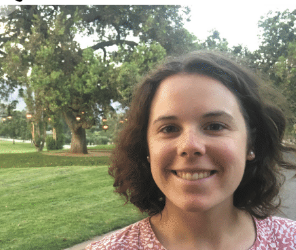 "Try different things, be open to new experiences, push yourself, and don’t let fear of the unknown stop you. If you ever doubt you’re capable, remember why you embarked on this journey in the first place."
Aisha Wallace-Palomares Del Lago Academy, Escondido, CA Class of 2019 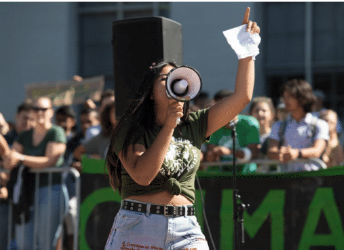 “Be consistent with meetings along with other club activities, as this is important for maintaining member attendance.”
Aaron MasipikOlympian High School, Chula Vista 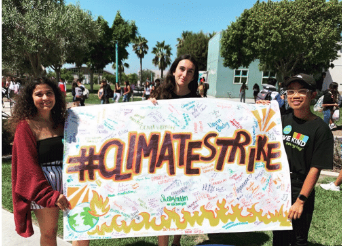 “Don’t try to do it all on your own! Working with others spreads your cause, helps you network, and makes things easier for yourself.”
Annie Do Serra High School, San Diego, CA Class of 2022 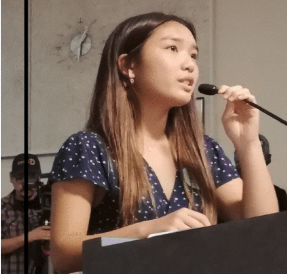 “Opt for collective action when asked on how to address the climate crisis. Organizing allows you to collectively reach more people and spread an inherent culture of individual action alongside it.”
Chris Kracha Mission Bay High School, San Diego, CA 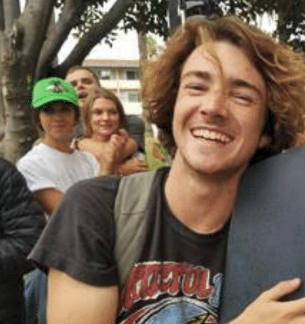 “When taking individual action, strive for progress and not perfection. Whether you are beginning your eco-friendly journey with reusable produce bags or becoming vegetarian, you should be proud of your initiative. But don’t be afraid to keep growing from there!”
Katelynn Sutton High Tech High School, San Diego 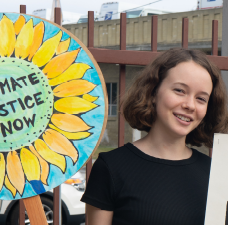 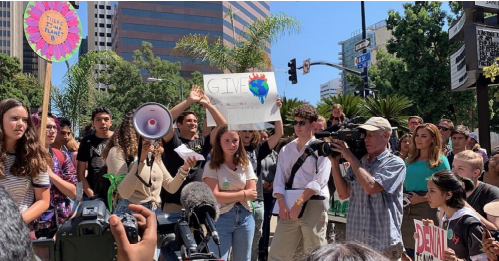 “To empower your team, go for inclusiveness. Everyone should be and can be a part of the movement. So appeal to all, not just certain groups of people. Whether they know nothing about the environment or everything under the sun, anyone can make a change.”
Meisha Myers Helix High School, La Mesa, CA 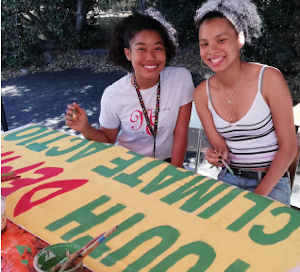 “Let go of the need to be perfect. There are a thousand little things you can criticize yourself for doing but it is unfair to put all the weight of the planet on yourself.~”
Emma Valenzuela La Jolla High School, La Jolla, CA 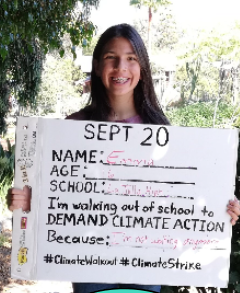 “Reach out to your fellow activists, both youth and adults, who will support you and your vision. Tell them your vision and how their speaking it or supporting it connects. Consistent communication and visible dedication is key.~”
Leana Cortez Rancho Buena Vista High School, Vista 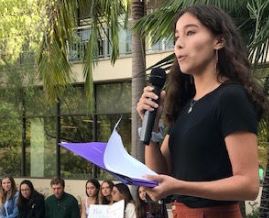 Youth4Climate is a program of SanDiego350.
Support us and empower youth to take climate action!