Plant-Based Eating— A Delicious Way to Positively Impact the Planet 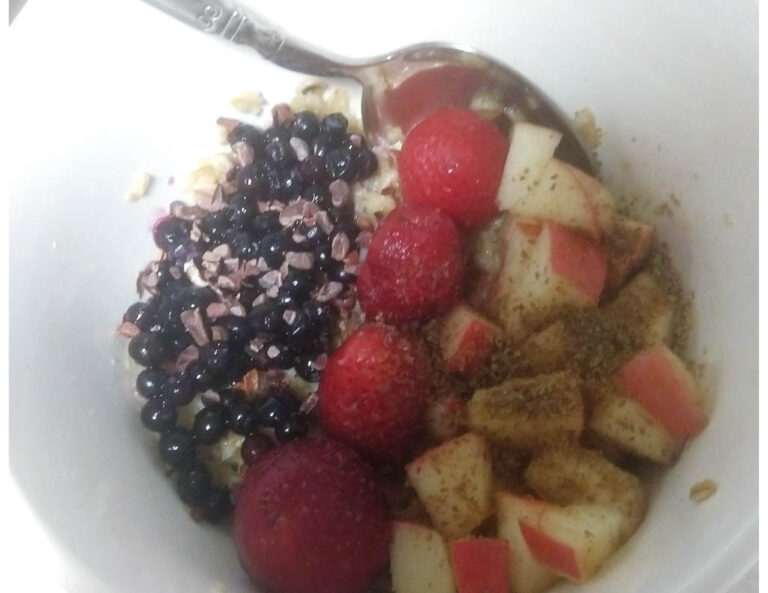 In present times, the accessibility of vegan foods makes taking care of the environment easier on the individual level. To place the “vegan” label on someone who primarily eats plant-based products can seem intrusive and isn’t always an effective way of getting people to adopt this lifestyle change. It may sound cliché, but the transition to a plant-based diet can be more positively viewed as a journey, not a destination. When making these dietary choices are put into perspective, the global initiatives to fight climate change are no longer beyond our control. By at least giving up meat, one can make a significant impact on not only their local communities but on the environment as a whole, making it a more livable place for people now and future generations. Before becoming vegan myself, I never would have imagined how rewarding excluding meat and dairy from my diet could be. As I continued to become more aware of the colorful array of plant-based foods that replace products sourced from animals, I realized that I was no longer craving any of those products. Solving the climate crisis is a challenge that the world is being forced to tackle head-on, and by taking the proactive approach of eating more plant-based, there is a less reactive adaptation that results from the devastating impacts of climate change.

Fortunately, the number of plant-based options in eating facilities is rapidly growing. You may have already noticed a rise in vegan menu options and substitutes at your favorite eateries, which provides evidence for a developing plant-based market. These choices appeal to consumers who are mindful about their health, environmental impacts, and animal welfare, which are motivating factors that span across all generations. You’ve probably seen evidence of this market growth in the grocery store shelves lined with plant-based dairy products that include an assortment of soy milk, coconut milk ice cream, and oat milk yogurt. Interestingly enough, many of these alternatives are produced from established dairy and meat industries, while there are definitely several new and exclusively vegan companies gaining steady popularity. These plant-based companies include Follow Your Heart Organics, JustEgg, Oatly, Beyond Meat, and Impossible Foods to name a few. That said, there are plenty of concerns regarding processed vegan alternatives and the general avoidance of soy-based products due to public health and sustainability concerns. It is important to realize that having a balance of whole and processed plant foods is essential for maintaining a long-term vegan lifestyle. Surely the temptation to return to the omnivorous diet will arise, but know that by remaining open to the flexitarian diet, which allows animal products in moderation, you are still helping the environment! I find it encouraging to remind myself of why I chose this lifestyle and a legitimate answer is to do my part in combating climate change!

Due to the fact that purely plant-based organic farming has the least impact on climate change, the planet can gain substantial benefits from straying away from commercial livestock farming. According to a recent statistic from PETA (People for the Ethical Treatment of Animals), animal agriculture is the primary reason for deforestation in nearly every Amazon country; a significant percentage of the cleared land being used for livestock grazing. In addition, animal agriculture has contributed to a drastic increase in emission rates of harmful greenhouse gasses: carbon dioxide, methane, and nitrous oxide. According to the UNEP (United Nations Environment Programme), the digestive processes of farm animals, including burps, manure, and flatulence have amounted to a third of total methane emissions. Most carbon dioxide is emitted from dead trees once chopped down and nitrous oxide is released when nitrogen fertilizer is applied to soil, which has “300 times the global warming potential of carbon dioxide”(PETA). By shifting the paradigm towards a plant-based diet on a worldwide scale, there would be an imperative reduction in climate change impacts according to a statement made by The United Nations.

By growing our preferences to include plant-based options, and taking advantage of accessibility to these foods, it has been proven to contribute to more contented people and the planet. For those accustomed to eating meat and dairy quite often, it can be extremely tough to transition to veganism; I can speak from experience. However, it becomes so much more motivating to go on this journey with family members and friends! One of my favorite meals that is quick, simple, and easy to veganize is oatmeal, and I always find endless ways to get creative with adding new ingredients. Start exploring vegan recipes today to start growing your palate for plant-based foods. Here’s another realistic action step that also supports helping the climate if you’re not quite ready to start experimenting with plant-based products: Eat your leftovers!